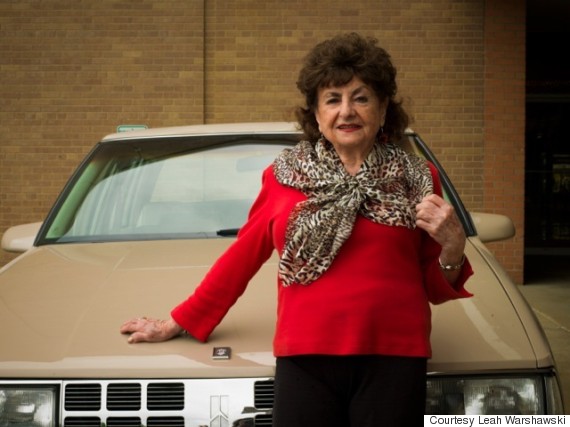 Sonia Warshawski, or “Big Sonia,” as she is affectionately known, was forced to live in the Majdanek, Auschwitz-Birkenau and Bergen-Belsen concentration camps when she was a teenager during World War II.

After the war ended, Warshawski moved to the United States and eventually began speaking out on her experiences during the Holocaust.

“A Holocaust survivor with a fierce attitude is using her words to uplift others.“

Now, at 89, equipped with funky style and a big personality, the survivor,who stands just 4 feet 8 inches tall, continues to visit churches, schools, prisons and juvenile detention facilities to inspire others through her story…